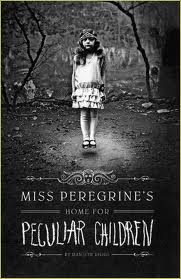 After his grandfather dies under bizarre circumstances young Jacob goes on a journey to uncover the truth about the odd and fantastic stories he'd been told as a child... and how they weren't made-up stories at all!

Jacob cannot stand his life. At sixteen he has little to look forward to beyond working the family business and seemingly few friends he feels close to. When his grandfather dies from a horrific assault that is explained away Jacob recalls the fantastic stories he'd been told as a young boy and how his grandfather feared he was being hunted down his entire life. To put his mind at ease he visits a psychiatrist who supports his visiting an aisle in Wales where Jacob could learn and see for himself the fiction of his grandfather's imagined persecution and put his own fears to rest.

And if that were all well and true there'd be no story to tell.

In short order Jacob not only learns that his grandfather's fantastic stories of unusual children with peculiar talents were far from made up. There's a girl who is lighter than air, a boy who can animate clay with the hearts pulled from living animals, a clairvoyant and a girl with superhuman strength, and many others. Stranger still, they are all exactly as they were when Jacob's grandfather was a boy, as if somehow frozen in time.

And then there are the creatures that killed Jacobs grandfather and haunt his thoughts. What was it they wanted, and has Jacob inadvertently helped them achieve their dark goals by leading them to the island?

Where I initially found Jacob a difficult character to care about in the beginning – I found his distance from his parents and friends a little too think – the story is quick to move forward and there's the inherent interest in the photos that are included at the beginning and throughout. There is a narrative dissonance between the word and image that carries the reader where text alone would not and for this alone the book would make a fascinating read. How all these images and loose ends will eventually connect propels the reader and is enough of a welcome distraction, as it did for me, that character weaknesses could easily be overlooked.

The dynamic between the Unusual and the Normal people in the world is a bit like that in Harry Potter where the world of hapless Muggles don't seem to realize the dangerous Wizards in their midst. The difference here is the way the fantastic bleeds into history and it's a pretty nifty trick to use old photos to make the link seem more realistic. 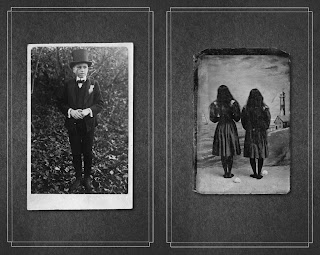 This is a book that demands the print format to give the enclosed photos and handwritten notes that are integral to the story an archival weight. While there isn't anything preventing this from working in a digital format the care taken in the printing and the glossiness of the page give the enclose ephemera a verisimilitude, like the reproductions are faithful artifacts. I found myself wondering which came first in some situations, the photos or the plot elements, but in the end the visual and the verbal are well meshed.

Without saying too much, Jacob and his band of misfits find themselves in the position of being able to rewrite history and distort the time traveler paradox, where he can live to not only witness his own birth but even meet up with his grandfather as a man not much older than himself. I found this to be incredibly unsatisfying: not every great adventure should be stretched out into multiple books, and some cliffhangers leave just too much for the reader to imagine.

Overall, Miss Peregrine's Home For Peculiar Children is a tale well-told ruined by a sequel-bait ending.