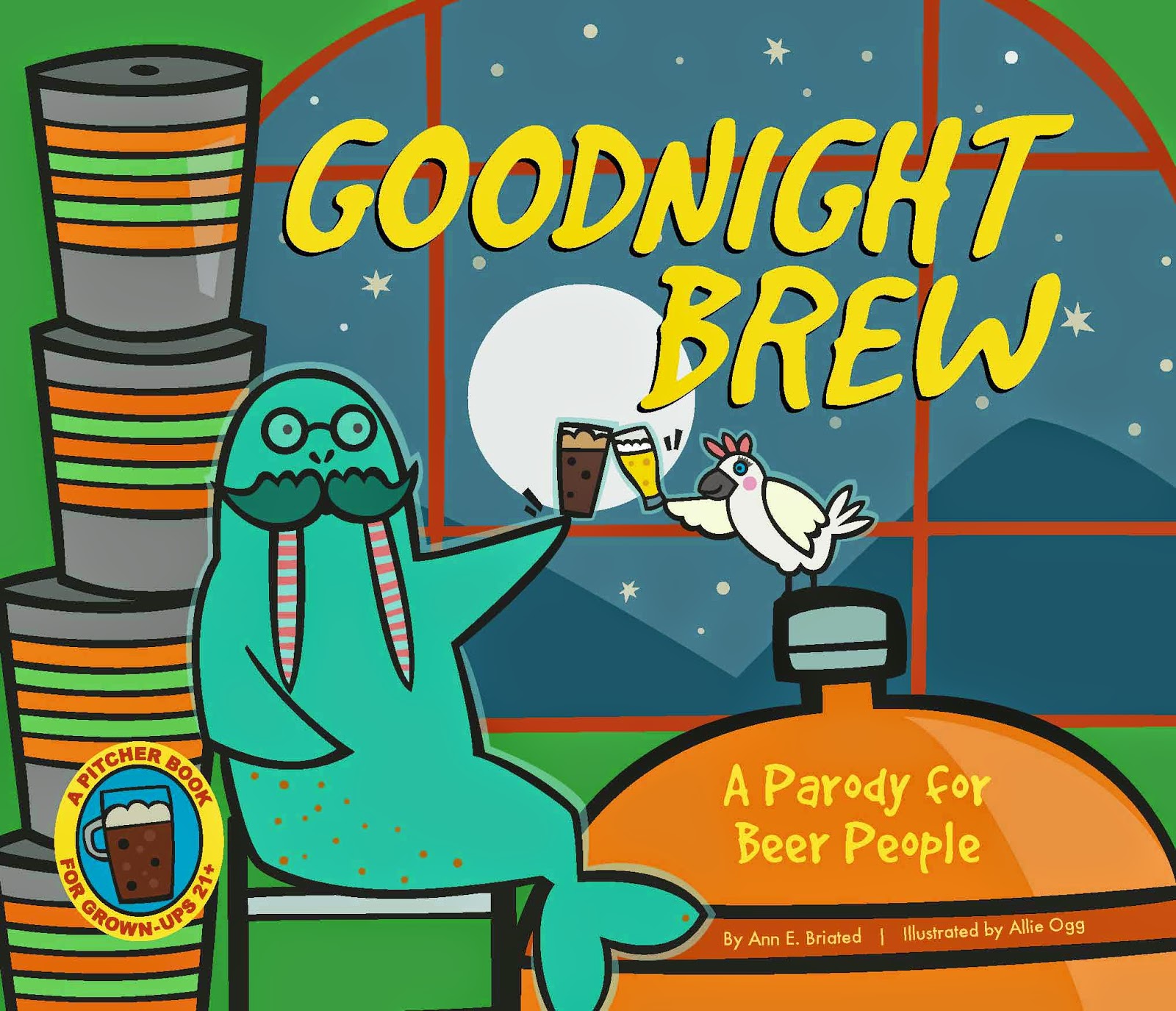 No. Wrong. Sorry. Not for kids. Terrible parody with no redeeming qualities. Seriously.

You would be hard pressed to find a parody of a children's classic more tone deaf and misguided as this. The idea of a children's book parody should have echoes of childhood skewered with a winking eye. Goodnight Brew seems to labor under the assumption that a not-so-clever title reworking aimed at craft brew-loving hipster parents is going to be the next Go The F*ck To Sleep.

Unfunny, unclever, unbelievably dull, and with no plot to it. And for those who might be quick to point out that the source material, Goodnight Moon, equally lacks a plot I would say... yeah, okay, so it's a little thin. But it is satisfying, it has a lullaby quality to designed for bedtime reading. It has a purpose and for that purpose it does it's job well. Goodnight Brew is so relentlessly vapid that it cannot even muster a yawn out of a casual adult. At best, it might be just a tad above a bender following a suitcase of cheep, evil-smelling beer in the lost brain cells department, although this might still be giving it too much credit.

I don't have a problem with parodies of children's books, but if you're going to do it they better be stellar. I thought The Very Hungry Zombie book that came out last year was beneath contempt, but alongside Goodnight Brew it at least has some redeeming qualities.

Just don't ask me what they were because I've already forgotten it, which is what I suggest we all do with Goodnight Brew as well.