shh! we have a plan 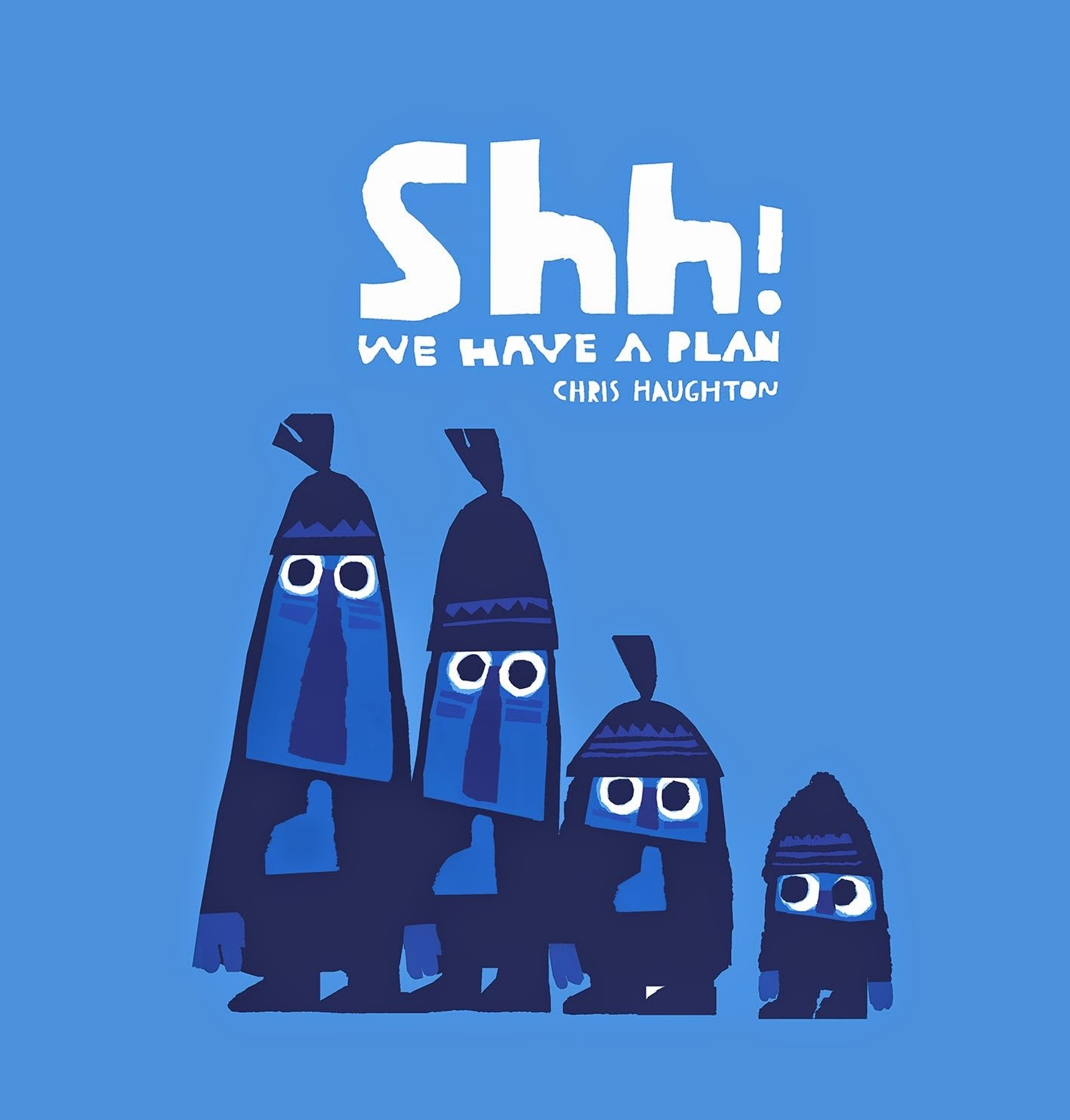 In the depths of a purple-blue night four night stalkers our out with their nets in hopes of coming across something to catch. Actually only three of the stalkers have nets, the smallest seems to be tagging along. When they come across a bird the Little One cannot help but call out "Hello, Birdie" but is quickly hushed. "Shh! We have a plan."

Following the Rule of Threes the older trio creep stealthily upon the bird on the ground, in a tree, and out on a frozen pond, always failing to catch their prey. At last the Little One offers up some bread crumbs and they stalkers are suddenly surrounded by many birds. With the birds so close it seems as if catching them will easy until they realize they are outnumbers and outsized and off the run.

When they see a squirrel they turn to Little One. "Shh. We have a plan." And thus we end back where we started, with the stalkers unwilling to accept the truth and Little One shrugging at the reader.

Is it a lesson in respecting and protecting small creatures? The triumph of innocence over mischievous adventures? A subtle anti-hunting tract?

How about kids being kids?
Kids getting a notion in their head and proceeding with what they believe is a well-considered plan only to have it fail due, in part, to their own limited understanding of the real world.

Okay, I'll get out of the deep end now.

Stylistically, Shh! We Have a Plan is dark, but it's the darkness of night, the darkness of woods where even the light of the moon only makes things look various shades of blue. The human characters have a ragged torn-paper look to their edges while the natural elements have a cleaner simplicity to their shapes. The animals in particular, with their bright reds and greens and geometric shapes, are reminiscent of Alexander Girard without mimicry. A hat-tip in general to mid-century modern in both design and storytelling is owed here from Haughton who, it seems, has a genuine affinity for the naif.
Posted by david elzey at 9:37 AM