I know these waters aren't easily forded, but today a couple of ideas came together and gave birth to an interesting idea. To me at least.

First up, this article in the Boston Globe (registration may be required) starts off talking about 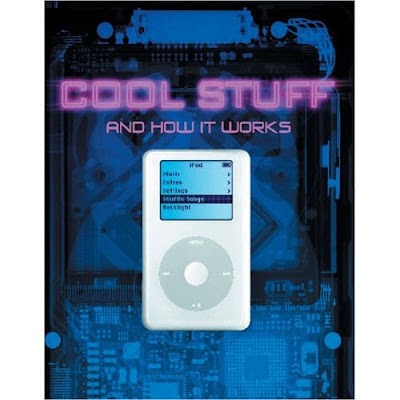 Flying Point Press and their work toward bringing non-fiction to 10 to 15 year old boys. Despite their deal with the devil in working with Sterling it seems like they're doing admirable work in giving boys something to read that isn't fantasy.

I have to admit, shortly after fourth grade I drifted away from Harriet the Spy and Island of the Blue Dolphins and began reading things like The Guinness Book of World Records, books on magic and a variety of things from Martin Gardner like Perplexing Puzzles and Tantalizing Teasers. I picked up a strange book put out by Reader's Digest that was a sort of hodge-podge of puzzles, stories, histories and biographies that included a telling of a cross-country road race and the tragical history if the Hindenburg. And when I wasn't reading I was tearing apart my old Schwinn Stingray, hacking the seat and the handlebars with a hand saw and inventing (though I didn't realize what I was doing) the first lowrider bike in my neighborhood. I took an old rollerskate apart and attached the wheels to a two-by-four in an attempt to create a five person skateboard. I found some wagon wheels and boards and hammered them together to make a very rickety, dangerously fun tow-cart (I grew up in the flats of Los Angeles, any sort of a downhill racer would have to be towed by someone on a bike).

Did I miss out on some vital book reading at the time? Maybe. Did my reading actually slide onto the back burner for a few years? Sure. But I wasn't really finding anything at the time pulling at me. Fantasy novels and realistic fiction couldn't do for me what an afternoon tinkering in the garage with some neighborhood kids could. I would check out books from the library on slot car racing but was always disappointed they never 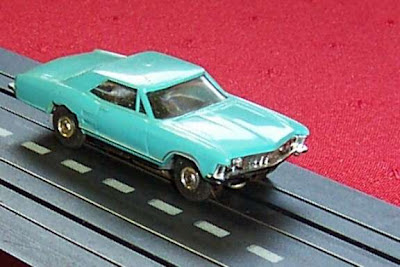 explained the science, or better yet, how to make your own. I wanted action! And the non-fiction that was out there (like the Random House Landmark Books series being brought back by the previously-mentioned Flying Point Press for example) just didn't really strike me as exciting enough.

Then today, at work, all of this came flooding back to me. A woman came in looking for something for a boy who loves tearing things apart and building something new with them. He's down in the basement tearing apart old computers and toaster ovens and whatnot and could really use something that shows him how things work.

Oh, and he's just about to turn 7 and isn't a strong reader yet.

There were a couple of things to recommend, like Cool Stuff and How It Works, which gives x-ray schematics of things like iPods and high-tech sneakers and shows their various mechanisms. Very cool even for adults. And, naturally, the classic in the field, The New Way Things Work by David Macaulay. But even as I'm looking through the books on science fair projects and lamenting the cost-prohibitive "cookbooks" from the San Francisco Exploritorium I'm thinking This kid doesn't need these books, he needs to learn how to read schematic drawings for electronics! 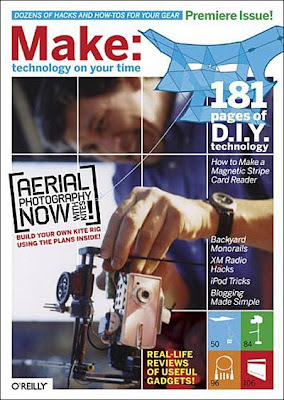 of books for boys that shows them how to perform basic electronic wiring and soldering so they can hack a Roomba and turn it into a battle robot. I'm, not making that up, people are doing it all over the place. O'Reilly, a publisher of books primarily on computer technology, also has a magazine called Make that basically is a teen and tween boy's dream. They also have a website and a blog where you can learn things; like how to make a Leyden Jar (an early form of capacitor/battery) from at 35mm film canister; how to make a simple, elegant vase out of an old light bulb; how to turn ordinary matchbox cars into dangerous rockets on wheels... just a random sampling of things I've seen.

Next, my head fills with those days when every family garage had lots of old, dead electronic devices that our dads salvaged with the intention of fixing, or at the least tore apart for the hardware. Basic power and hand tools on simple, often hand-made, cluttered work benches vied for space among soldering irons, baby jars filled with capacitors, coils of colored wires and strange parts from motors and toys awaiting a new life. In those post-war days it would be unheard of to see household appliances on the street on trash day; they'd disappear into the garage and be recycled into something new. Nowadays who has the time and space for all that? 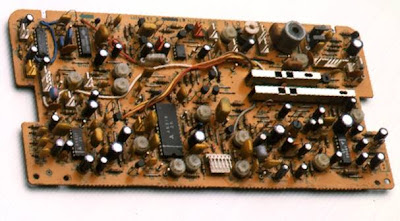 They see the gadgets in Bond Movies and read about them in the Stormbreaker series and try not to act excited when they say "cool." They'll take their Lego's and build not just a catapult but a serious trebuchet, armed with little balloons filled with paint aimed at an old wall to test both the distance and the beauty of their handiwork. Their parents are tossing out old laptops and cell phones and they're hammering them open, trying to figure out how to repurpose the guts for their own ends. 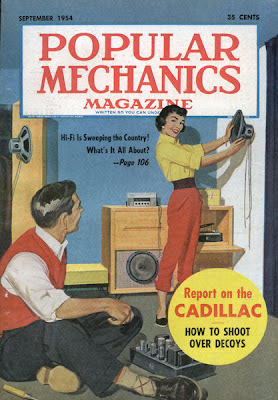 I could never pull something like this together, but someone ought to create a series of books aimed at these lost boys aimed to harness the spirit that moves them and the materials surrounding them. 7 cool things you can make from old transistor radios. 5 electronic projects from things you can scrounge for next to nothing. Not a huge omnibus project, but small books with low price points, big on illustrations and easy on the text, a resource series aimed at getting boys who are into tearing apart and building things. This is the world of Popular Mechanics scaled down, but if they were done as instructive narratives, in an appealing graphic format, with perhaps a bit of history or biography built in, I think it could be a winner.

A doesn't necessarily follow B in this case, I don't pretend to imagine such a series of books will draw boys into reading more non-fiction, but it seems like there's a huge gulf in books aimed at these boys that could be filled in a variety of ways. And maybe a few grown boys who might still like to get into the garage now and then and see just how to resuscitate the mechanics from old toys.
Posted by david elzey at 10:56 PM