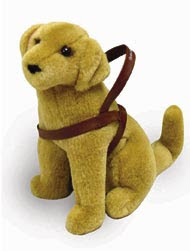 Sharron has a toy Golden Lab puppy she named The Friskative Dog. On one level she knows it is a toy but it's a comfort to her to think of him as real. The dog was a gift from her father, a long haul trucker, who one day left and never came home.

Sharron lives with her mother, with weekly visits from her grandmother, both of whom let Sharron believe that her father is just lost, that he'll return home some day. Her grandmother suggests her son has insomnia, though she means amnesia, which only confuses Sharron even more; How can a grown adult suddenly forget where he lives and that he has a family somewhere?

At school Sharron brings in The Friskative Dog to share whenever she can. Some of the kids give her a hard time for treating an obvious toy like a real dog, especially a pair of snootier girls named Paige and Piper. Another girl, Eboni, probably the closest thing Sharron has to a real friend, treats Sharon and The Friskative Dog with understanding and respect.

Sharron's mother works at a local bodega. She's making ends meet as best she can. One night her mother-in-law comes with news that her son has applied for a drivers license in another state.

Sharron overhears this but she doesn't understand.

A chance encounter with a guide dog for the blind in training, coupled with a school reports on careers, gives Sharron a focus and a purpose. She is now training The Friskative Dog to be a guide dog. Paige and Piper think Sharron is ridiculous and mock her for treating a toy like a real dog. And even though it is against school rules, Sharron brings The Friskative Dog to school in her backpack to teach it how to be patient and obey.

One day The Friskative Dog disappears from Sharron's backpack. First her father and now her beloved toy. Despondent, she stays at home alone while her mother goes to work.

A phone call, a stranger has found The Friskative Dog in her garbage. Heading out to claim her dog Sharron gets a fortuitous ride with Eboni's mother who was delivering her daughter's forgotten lunch. Rescuing The Friskative Dog it becomes apparent that Paige and Piper were behind its disappearance and disposal.

A return of child and toy to home. A confrontation at school. A terse letter from a lost father. A new house. The promise of a real dog.

There was this strange sensation I had while reading The Friskative Dog, a combination of deju vu and a bad dream. Then I realized they were related sensations stemming from the same memory.

I was in a grad level creative writing workshop suffering the weekly evisceration of story criticism. Every couple of weeks we'd submit a story to the group, the following week everyone took turns demolishing both the story and its author's ego, then we'd get a couple weeks to return the favor before going through the whole process all over again. Highly entertaining, emotionally draining, thoroughly unnecessary.

The Friskative Dog only covered the last two feelings.

But there was this one person in the workshop, an older woman who stood out from the rest of us twenty-something author-wannabes. She was old enough to be our mothers and she held every single story she read in such disdain that we all feared she was secretly a professional writer or editor who knew the secrets we were hoping to glean like a flash in a miner's pan. Then came the week for her story and we suddenly bolted to life.

Hers was a story of a small child who was trying to reconcile the loss of a grandparent, struggling with limited language, finally pointing to the blown-out pilot light on the stove to convey her understanding of the loss. And after a collective sigh in silence the author laid a preemptive strike against any possible criticisms we might have, something along the lines of If you people actually read the kind of fiction real people read then you'd understand this story, but as it stands I doubt any of you have the compassion necessary to appreciate what I've written.

Yeah, we tore her a new one after that. What our most articulate classmate finally proffered as a parting insult was to suggest that her story was best suited for Family Circle or The Saturday Evening Post... circa 1971.

Which brings us to The Friskative Dog.

If I were to make the same suggestion does it mean I'm lacking compassion, or that I'm still that same twenty-something grad student who hasn't gotten beyond that arrested state of tearing down other people's works for fun and grades? What is it about this book that reads so much like a workshopped short story? Is it that desperate pull for meaning and emotion? Is it the deliberate way Sharron speaks, the affectation of a fiction writer's idea of a young girl trying desperately to connect the dots in her little world? Why do I imagine well-healed mother-daughter book groups -- perhaps the target audience -- enraptured by this heart-tugging drama while sipping mint tea and eating designer scones?

Then there are the little things that bother me -- that a fourth grader can both be studying algebra and still be so emotionally stunted that she caries a toy dog around. That the snotty rich girls were cut from the same sheet of recycled cardboard. Or that Eboni and her mother are nothing more than a second tier Julia straight from 1960's television, right down to their power-positive single-parent messages and up-lifting moral lessons. God-helps-those-who-help-themselves-lite.

Basically, the story felt like a thousand other stories a la mode. If it weren't so short I might never have finished.
Posted by david elzey at 9:58 AM

Thanks for this really thoughtful review (apt as I just found you because you were tagged a "thinking blog"). I especially like the image of that "well-healed" mother-daughter book group.