A King and a Queen had a dozen children, all boys. When Queenie says she's got another bun the oven the King (who really ought to look at his part in the problem) declares that if the 13th child was a girl he would kill all the boys so that she could have a fitting inheritance. He even goes so far as to have the coffins made for his boys in preparation. Nice.

So the Queen confides in her youngest (a mama's boy if ever there was one) and he in turn convinces his brothers that they should hide out in the woods until they know for certain whether or not it's a girl. When the babe is born mom runs the warning up the flag pole and the boys delve deep into the forest, never to see their parents again, swearing one day to kill their sister.

Like another band of men living in a cottage (I believe there are seven of them in that tale, all dwarves) they go out to work all day hunting and gathering while the youngest (uh huh) stays home and does the washing and making the beds and having dinner on the table when they return.

Ten years later the daughter who caused all this comes across twelve shirts in the laundry. Why after all these years are they finally getting to the boys shirts? If I had to guess I'd say it was Queenie who slipped them in to pique her daughter's curiosity. Hearing the tale of brothers she never knew existed she runs off to find them.

And she does. And they don't kill her. They don't live happily ever after but it isn't for lack of trying. Reconciled to be a happy family the princess and her youngest brother continue to keep house while the other men go off in the woods to spout poetry with Robert Bly and beat on drums and put a little fire in their bellies. Maybe not. It just seems odd that all these years -- the oldest must be pushing 30 by now -- the boys haven't gotten over their women-hating ways and gone in search of some princess lurking in a tree (as we shall see) and start a new life. 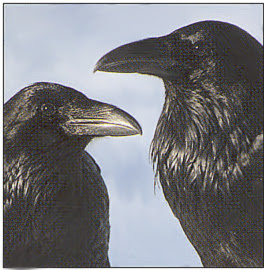 Anyway, while they're out dancing with wolves Princess goes and plucks a dozen flowers to decorate the table. Only it turns out (natch) that cabin in the woods was enchanted and the flowers represented the boy and her plucking them turned the boys instantly into ravens (Ravens again! They probably were the ones Faithful Johannes heard talking). An old woman appears to chastise the girl and explain that the only way to bring her brothers back is to remain silent for seven years, no speaking, no laughing, not even a clearing of the throat. The princess feels the best way to accomplish this is by climbing a tall tree.

One day a King -- some other generic king, different from the girl's father -- is hunting in the woods and his dogs find a girl sitting in a tree. My, but she's a beauty! he thinks I must have this mute girl sitting in the tree for my bride! An without a thought that she might be a dangerous environmental activist they agree to be married.

Things are okay at first, but her mother-in-law begins planting seeds in her sons head that this silent maiden is no princess but just a common beggar. And as we all know from other fairy tales, silent queens are dangerous ogresses who must be burned at the stake. There she is, the flames licking her feet when her seven years of silence are met and suddenly a dozen ravens swoop down, turn back into their human form and save their sister from the fire. Hooray! And she was able to finally speak and explain her story to the king's satisfaction. 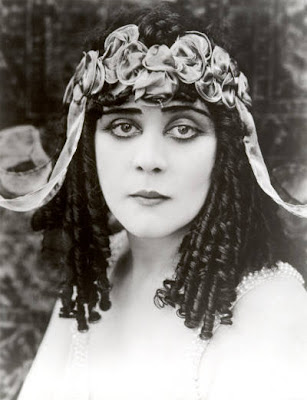 Huzzah! And the forked-tongued mother-in-law was put into a barrel filled with boiling oil and poisonous snakes and died a painful, hideous death.

And there was much rejoicing.

So I'm curious about the ravens that keep coming up in these stories, and the bewitched, silent queens. It strikes me odd that a woman that is quiet is suspect and that there is no way for her to defend herself. Writing may have been out of the question in those days, though if anyone would have been taught it would have been royal personages over the peasants who told the tales, so maybe that why it never occurs to the storytellers. Even so, you'd think in a time where plucking flowers turns people into birds and vows of silence will free evil spells that people would be more forgiving of some of the odder personalities wandering the kingdoms.
Posted by david elzey at 12:03 AM

have you read Marina Warner's From the Beast to the Blonde? She has a section on female speech/silence in fairy and folk tales in particular.