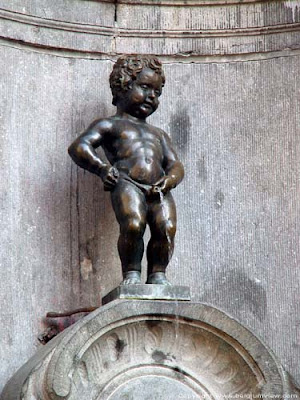 Okay, that was a bit of a cheap shot.

A while back Roger Sutton drew our attention to a news item in which the Hamas-run Palestinian government was banning a book because it had, as originally reported here, vague sexual inuendos. After some protesting we now get news that the Hamas government has revoked that decision.

Originally I had suspected that the reason the government didn't approve might have to do with a large number of the stories coming from female narrators. But out of this article from an Israeli news agency we get this nice little bit:

Parts of the book that some find objectionable include lines like "Allah will curse your friends' father!" and "I will piss on you," according to a manifesto a young bearded Hamas member distributed at the rally.

Nice. That beats the heck out of a scrotum any day. Figuratively speaking.