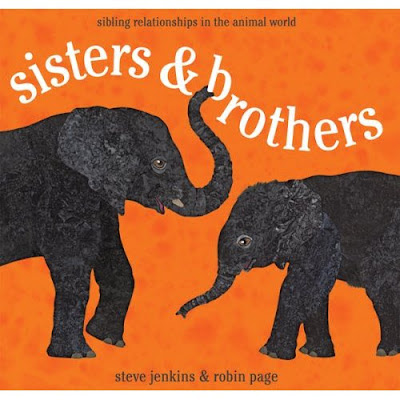 I learn more from picture books than I probably did back in high school. Of course, I have a different perspective on what interests me than when I was younger, and kid books are pretty much all I read these days so I'm probably not learning as much as I could.

Did you know that armadillos give birth to four young, either all male or all female, each an exact clone of the other? I can't say I did, and that would make for an interesting relationship if you were raised along side three exact copies of yourself. More weirder than being identical twins.

Turkeys, on the other hand, hang around with mom for a year and then the ladies go off to mate while the brothers stay together in a band. Dudes, it's like some guys I went to school with! I guess they were turkeys of a sort.

Then there are the naked mole rats. Okay, they are practically blind and live in these huge burrows underground, that I knew. What I didn't know was that each colony has a single mom -- sort of like a queen bee -- and that when they meet each other in a narrow passage way they have to sniff one another to determine who has seniority, because the eldest gets to climb over the youngest.

And then finally, a puzzle piece I didn't realize was missing in a story I conceived long ago. New Mexico Whiptail Lizards are all female. There are no males. That just blows my mind.

I think this is the first time I can remember where the text upstaged Jenkins cut paper illustrations. Or perhaps I've just gotten so used to his work that it no longer surprises and delights the way it used to. That doesn't make it bad, it's just become as familiar as Eric Carle's style in it's sameness.

By using sibling relationships to explore these unique animal families, Page and Jenkins supply a lot of great information in a clean, easy to understand style that is obviously engaging enough for an adult but readily accessible to young readers.

Now, if you'll excuse me, I have some Whiptail Lizards to research.
Posted by david elzey at 8:45 AM