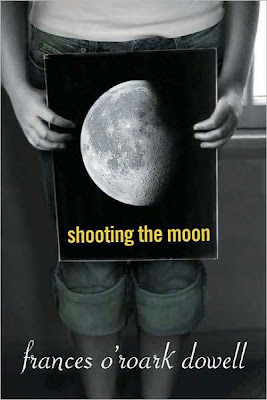 Jamie Dexter is an army brat, her dad a full bird Colonel running a base in Texas during the Vietnam war. When her brother skips college, and medical school, to enlist Jamie couldn't be happier. In her 12-going-on-13 year old mind, there can be no higher honor than to serve one's country. Isn't that what her dad is always saying? But then why does her dad, always referred to as the Colonel, keep trying to talk his son out of his enlistment? And why instead of letters does her brother keep sending Jamie rolls of film for her to develop?

It's apparently natural that history repeats itself as the echoes from Vietnam and our current situation in Iraq reverberate in literature. As seen through Jamie's eyes we watch her move away from her pro-war position as she comes to meet and know other soldiers on the base. She never waivers in her pride for her brother, never loses the respect of or for her father, but a shift takes place when she comes to realize that the price of service, the high price of honor, may not always be justified.

I walked into this book cold and I wasn't sure I was going to like it. That may be the point, to have a young girl so gung-ho for war that it might appear a bit uncomfortable or distasteful. Naturally she's going to grow and change by the end - she's in those awkward years as it is - so the only real questions are how will she change, and how much.

But the book has a serious flaw: it's missing it's final third. In the last couple of pages (no, I won't spoil the ending here) there is a new piece of information that would seriously effect Jamie's entire family. Worse, the two years following this information are essentially tidied up in two paragraphs that seriously cheat the reader from watching the effect on Jamie as she grows into being a young woman. If this was a conscious decision to withhold this information in lieu of a sequel, it was a serious mistake. As it stands, this ending is a sort of slap in the face. Imagine if the Harry Potter books jumped from number four to number seven with two pages to cover the two years in between. That's how much I feel the ending here leaves out.

Some might disagree. The book did receive the Boston Globe/Horn Book Honor for fiction this year.

As a final note, this book and Barbara Kerley's Greetings From Planet Earth both deal with Vietnam from a child's eye view and the moon features prominently as a symbol in both. It's curious, because Kerely's book deals with what happens after the soldier returns home and less about how the family felt when it happened. In that sense these books might be well suited for a classroom to discuss the full range of feelings concerning either the Vietnam War or the effect of war on families in general.
Posted by david elzey at 8:51 AM