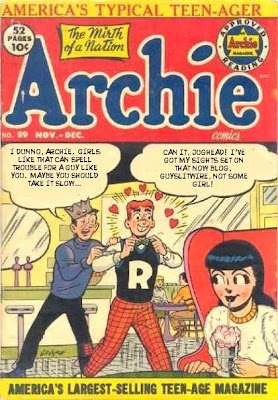 Taking a break here from the reviews to announce a very big project that has been in the works for some time. It's a new blog, collectively dedicated to the pursuit of matching good books with teen boys

The origins of this blog came about late last year when a bunch of us kidlit bloggers were lamenting a lack of books for teen boys, or at least a perception that there weren't enough good books, or that boys -- especially teen boys -- were getting lost in the static because of a presumption that teen boys don't read.

So for the last six months or so a whole passel of us have been preparing for a launch of this new site that will serve as a sort of clearinghouse of reviews, interviews, and whatnot aimed at books of interest to boys. Or rather, guys.

Colleen over at Chasing Ray and Sarah at Finding Wonderland have been the primary movers and shakers working behind the scenes, lining up our schedule of posts for the rest of this year, designing it to be Made of Awesome. This final result is the culmination of a whole lot of work by a lot of people and I, for one, am excited and proud to be a part of this.

New posts go up every weekday. I'll be checking in with my first post on Wednesday the 9th. No need to mark your calendar, I'll probably cross-post my reviews. In the meantime, drop in and see what's up!
Posted by david elzey at 9:49 AM